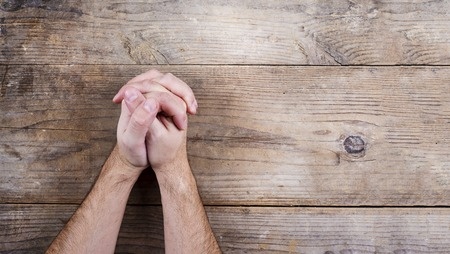 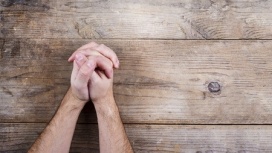 When it comes to prayer you will usually see more women joining the meeting than men. Although it was “The Man” Jesus who prayed and taught 12 MEN the necessity and methods of prayer. It was Abraham who prayed for Sodom Gomorrah, it was Moses who prayed for rebellious Israel, on and on men in the Bible prayed.

So what has happened to men today that makes them reluctant to take the lead in the ministry of prayer. Jesus tells us in the Garden of Gethsemane when He asked the disciples to pray with Him for one hour, “The spirit is willing but the flesh is weak” Matthew 26:41. Men must learn to let their spirit have mastery over their flesh, they must learn to have good performance not just good intentions. This is a matter of spiritual maturity as Paul tells us when he speaks to the Corinthians who were “fleshly or carnal.” Carnal people are dominated by the desires of the flesh, and the flesh never wants to pray, it wants to watch tv, play golf, go hunting and fishing, drink beer, have sex and so on. There is no getting around it, prayer left up to the women in the Church is clue to the carnality of the men. The men in the New Testament didn’t neglect prayer and that’s why they had such a powerful move of God to change the world. The leadership were faithful to pray (Acts 6:1-4), the men prayed (Acts 1:14), and the whole church prayed together (Acts 4:23-31). The great leaders of Awakening and Revival were men of prayer, Martin Luther, George Whitfield, Jonathan Edwards, John and Charles Wesley, and so on. They had revival because they were dependent on God, evidenced by the realization that God would respond to their devoted prayer life.

A young boy will follow his father’s example; if Dad prays, the boy will pray. Many men in the world today view Christianity as a women’s religion because they don’t see MEN taking the lead in spiritual things, like prayer and fasting. It is the women who know that things won’t work if someone doesn’t pray, so they pray. The most manly thing you can do is PRAY.

“These all continued with one accord in prayer and supplication, with the women and Mary the mother of Jesus, and with His brothers” Acts 1:14.

MEN, YOU ARE BEING CALLED TO PRAY, not PLAY!

We see Muslim men answering the call to pray by the millions and they are giving the Western world a rough time right now, they are praying for Shariah Law to rule the world. Where are the Christian men praying for “thy kingdom come, thy will be done on earth as it is in heaven?” If Islam wins the battle, here is the reason why…they are devoted to the cause as evidenced by their call to prayer.

I am pleading for Christian men to get out of the flesh and into the Spirit of God, become men of prayer. This is the only hope for victory.